Readers worrying that every member of this age group is unbearably self-important should turn immediately to Robert Lanham's scorching "The McEggers Tang Clan," hands-down the collection's funniest essay.

Smokler, founder of centralbooking.com, divides the text into separate sections. In "Beginnings," his earnest literary fledglings recount how they got started. "Not Fade Away" explains why reading Hemingway during his Army stint in Somalia prodded Christian Bauman to start writing—"they should take away my writing license for saying such a thing," he jokes. "The Invisible Narrator" describes Howard Hunt's segue from writing for magazines to composing successful fiction. Michelle Richmond meditates on the empty merits of earning an MFA in "From Fayetteville to South Beach." Then, seven essays on "The Writing Life" expose just how egotistical writers are. Glen David Gold admits to shameless self-Googling in "Your Own Personal Satan," while Neal Pollack's "Her Dark Silent Cowboy No More" recounts the exchange of e-mails he solicited after his book Never Mind the Pollacks (2003) reached "cult" status. "The trajectory of my life has been set by the movements of dollars," Benjamin Nugent reveals in "Security." The final sections, "The Now" and "The Future," showcase essayists attempting more grand statements. Tracy Chevalier, one of the better-known authors here, gives lackluster Top Ten reading recommendations in "Lying to the Optician." K.M. Soehnlein's laments gay writing's loss of prominence. Paul Flores, in "Voice of a Generation," describes his workshop experience using Spanglish rap to promote the spoken word. His generation must contend with an "unprecedented number of time-sucking lures," such as video games, Tom Bissell moans in "Distractions." Readers worrying that every member of this age group is unbearably self-important should turn immediately to Robert Lanham's scorching "The McEggers Tang Clan," hands-down the collection's funniest essay. 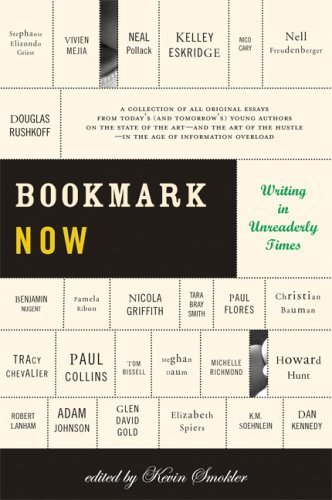